Hernia International is committed to providing high quality surgery at minimal costs to patients that otherwise would not receive it. We would like to introduce this project which will establish continuity of electricity supply to provide power for lighting, medical equipment and utilities to enable surgical operations to take place without interruption.

PURCHASE OF ELECTRICAL GENERATOR FOR THE JALLAH LONE HOSPITAL

Liberia, officially the Republic of Liberia, is a country on the West African coast. It is bordered by Sierra Leone to its northwest, Guinea to its north, Ivory Coast to its east, and the Atlantic Ocean to its south and southwest. It has a population of around 5 million and covers an area of 111,369 square kilometers (43,000 sq mi). English is the official language, but over 20 indigenous languages are spoken, reflecting the country's ethnic and cultural diversity. The country's capital and largest city is Monrovia.L

Gbarpolu is a county in the northern portion of Liberia. It has six Districts and a population of about ninety thousand people. The District of Bopulu serves as the capital. Although it is only 90km from  Monrovia the 4X4 drive takes 5 hours because the roads are riddled with pot-holes, pebbles and livestock. The majority of Gbarpolu County consists of forest. Mining was the primary economic activity prior to the Liberian Civil War, in addition to subsistence farming. However, the war devastated all sectors of the county.

Life expectancy in Liberia is estimated to be less than 60 years. With a fertility rate of 5.9 births per woman, the maternal mortality rate stood at 990 per 100,000 births in 2010. A number of highly communicable diseases are widespread, including tuberculosis, diarrheal diseases and malaria. In 2007, the HIV infection rates stood at 2% of the population aged 15–49. Approximately two-thirds of women are estimated to have undergone female genital mutilation.

Liberia imports 90% of its rice, a staple food, and is extremely vulnerable to food shortages. In 2007, 20% of children under the age of five were malnourished. In 2008, only 17% of the population had access to adequate sanitation facilities. 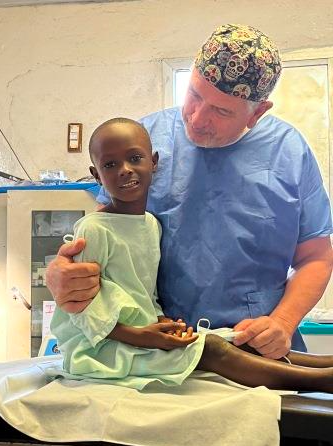 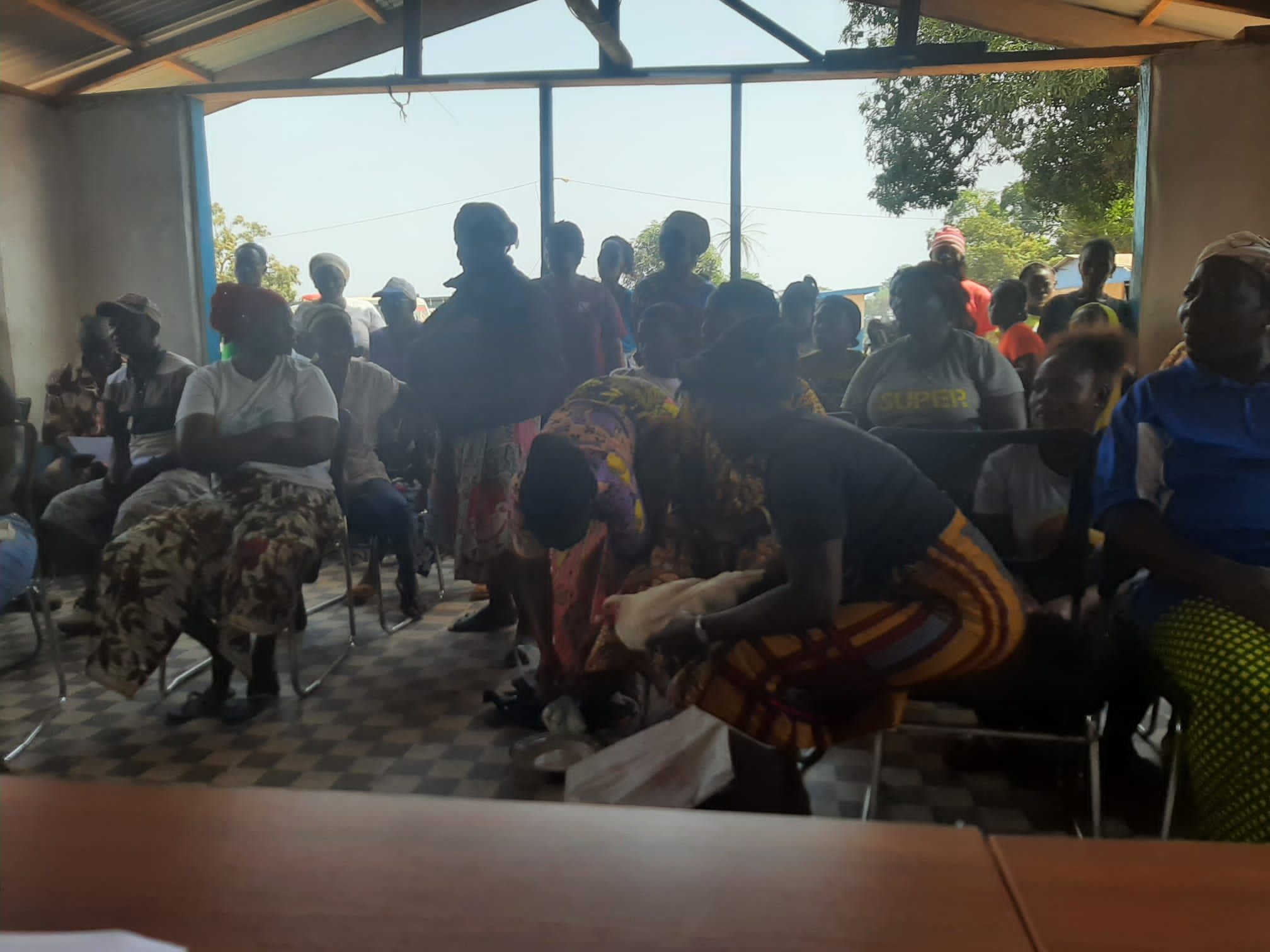 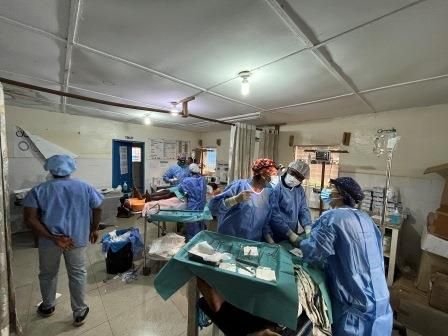 Approximately 95% of the country's healthcare facilities had been destroyed by the time civil war ended in 2003. Government expenditure on health care per capita is less than US$25, In 2008, Liberia had only one doctor and 27 nurses per 100,000 people.

Bopolu Medical Center is a government facility under development, and to be upgraded to a District hospital with qualified, permanent medical staff.

Public electricity services in Liberia are provided solely by the state-owned Liberia Electricity Corporation, which operates a small grid almost exclusively in the Greater Monrovia District. The vast majority of electric energy services is provided by small, privately owned generators. At $0.54 per kWh, the cost of electricity in Liberia is among the highest in the world. To own their own generator would greatly reduce costs at the newly emerging hospital in Bopolu.

5.0 Activities to achieve the objectives

Dr Peter George has collaborated with Hernia International to bring 12 teams of surgeons, anaesthetists and nurses to Liberia. Until 2021 Dr George was the Chief Medical Officer and Surgeon-in-Chief at E & J Medical Hospital, Ganta, Liberia. In 2021 he moved to commission the upgrading of the Bopolu Medical Centerr to a new District hospital.

A Day in the Life of Dr Peter George:

When I was appointed to E & J Hospital, Ganta City, Nimba County  in June 2016, hernia cases were very frequent. In the Operating Theatre log-book about 75% of surgical emergency were incarcerated or strangulated hernias. However, due to prompt intervention by the surgical team, the mortality rate was very low. Over the last 30 years the government healthcare system in Liberia has been neglected and poverty has increased. Common procedures such as hernia repair have become unaffordable and there is a lack of trained specialist surgeons in the rural areas, with the result that 45% of operated hernia patients were developing recurrent hernias because most procedures were perform by General Practitioners.

Since July 2017 Hernia International teams have visited our hospital and trained me and my team not only in modern hernia surgery but also in proper sterility procedures and modern anaesthetic techniques for my nurse practitioner. More than 1000 hernia patients have been operated in 12 missions, and reports of complications have been rare.

Hernia international was the first international humanitarian medical organization to have visited E&J  hospital, therefore the management of Esther & Jereline Medical Center offers grateful thanks to Hernia International for their initiative and effort in supporting the hospital.

The funding of a generator is always welcome.

Thank you for your contribution. 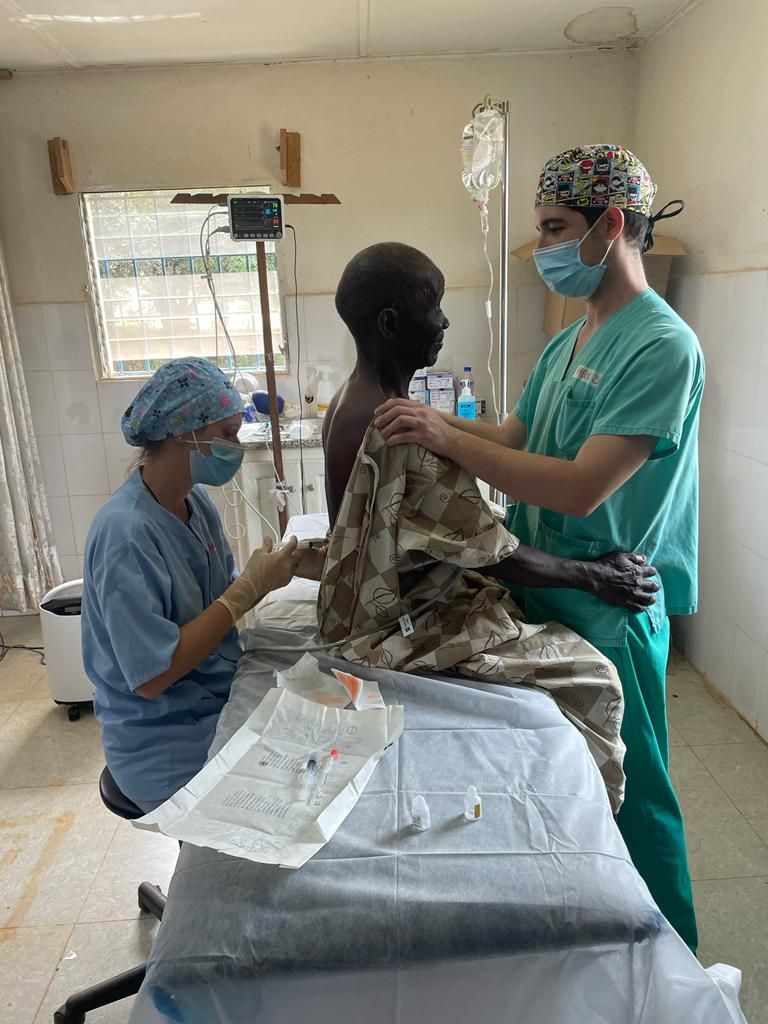 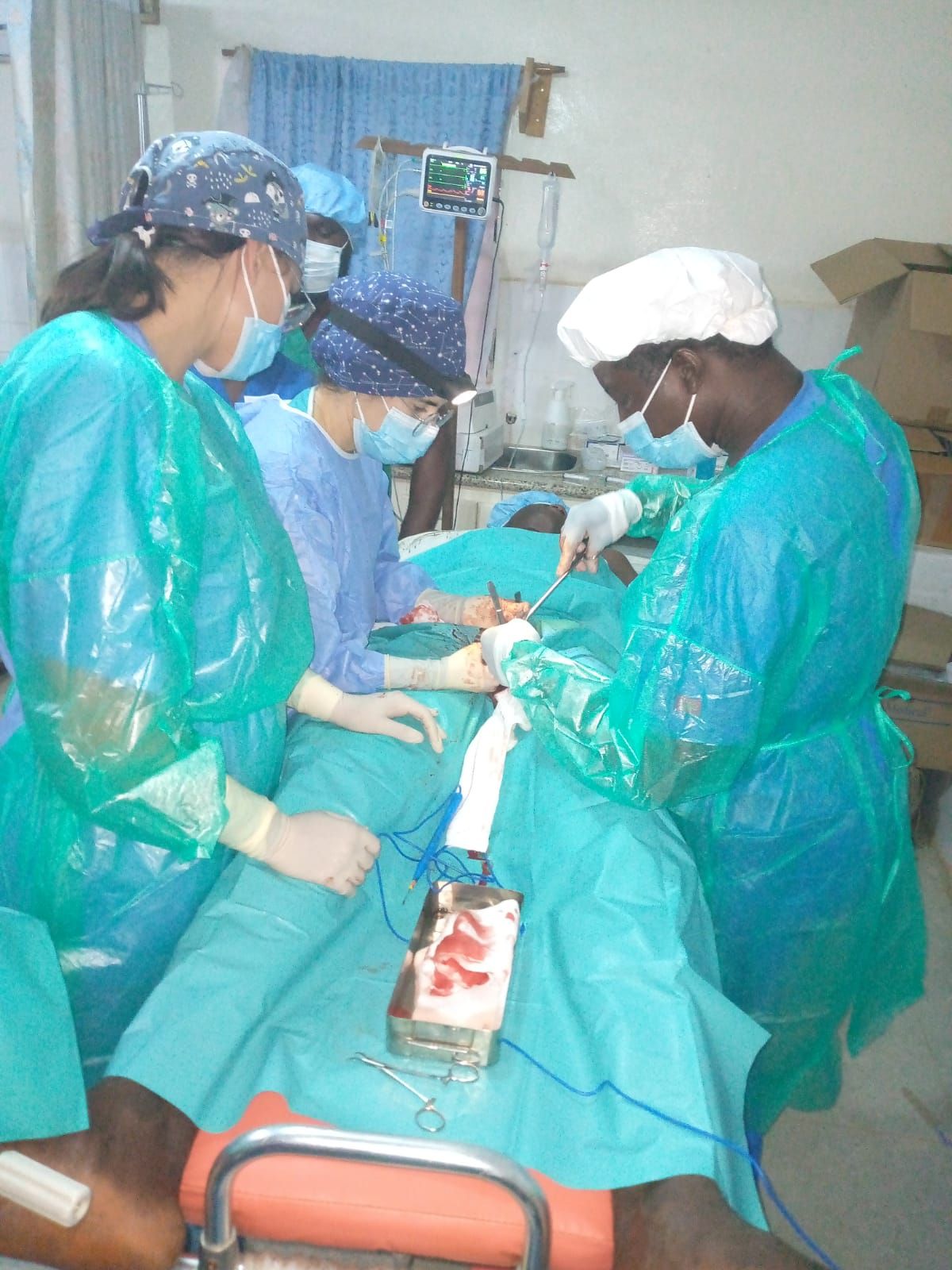